Carnival Cruise Lines’ is making its first Melbourne Cup start today, with Carnival Spirit greeting thousands of cruise punters in racing silks as they boarded in Sydney on Sunday for the inaugural Melbourne Cup voyage.

In a winning trifecta for Melbourne, two other cruise ships from sister line P&O Cruises are also docking at Station Pier for three days over the Spring Carnival period.

The trifecta marks the single biggest injection of punters to the Melbourne Cup and is expected to pour an estimated $6 million into the economy during their stay.

En route to Melbourne, guests on board the Carnival Spirit received last minute tips from well-known racing identity Richard Callander and fashion stylists Campitelli Clarke, as well as enjoying a range of other race-related activity, including champagne brunches and fashion stakes.

The ship docked in Melbourne this morning around 5am, with guests also receiving the opportunity to attend the Crown Oaks Day races during the ship’s three-day stay in Melbourne.

While Carnival launches its first Melbourne Cup voyage, P&O Cruises is continuing its long history of attendance to the Cup, a tradition that began when Orcades III first sailed to the event in 1969.

P&O Cruises’ Pacific Jewel and Pacific Pearl docked at 8am yesterday, with the three ships bringing around 6000 guests, accounting for around 10% of all people visiting Melbourne for the race that stops a nation.

During their stay in Melbourne, P&O Cruises’ punters will enjoy shore tours and special racing activity including an exclusive behind the scenes tour of Flemington, tickets to the official Cup brunch and shopping excursions to pick up any last-minute accessories.

The cruise line has also entertained guests on board with a range of activities including fascinator-making classes, Fashions at Sea with style guest commentator Melissa Hoyer, and Melbourne Cup jockeys Wayne Harris and Malcolm Johnston.

The cruise punters are expected to contribute approximately $3.5 million to the Melbourne Cup alone through entry and transport, which is included as part of their cruise fare, as well as a range of upgrades, betting and food and drinks at the track.

Carnival Australia’s CEO Ann Sherry said the sell-out Melbourne Cup cruises were one of the most popular event offerings, prompting the cruise operator to up the odds to the entire P&O Cruises fleet next year.

“Australians love cruising and sports and by combining the two, we know we’re backing a winner – that’s why we’re sending a record quaddie of ships next year, including all three P&O ships,” Sherry said.

Carnival sales team get into the spirit 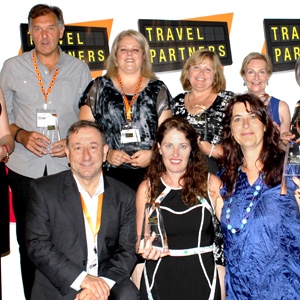 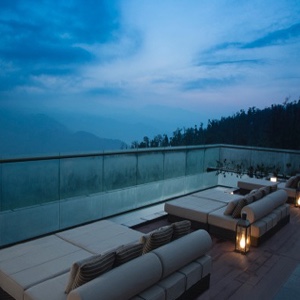 Marriott in the heart of the Himalayas

We’re kicking of the week with a story that is sure to tug at your heartstrings and make you feel all warm and fuzzy.

Such is the dedication of Travel Weekly’s editor, he interrupted a kiss between Carnival Spirit’s resident cruise director and his fiancée just to do this interview.