MH370 confirmed as lost, no survivors

After 17 days of speculation, Malaysia Airlines has told the families of the passengers and crew of missing flight MH370 that it “must be assumed” that the flight has been lost with no survivors.

The announcement comes as new satellite data from the UK suggested the aircraft went down in the southern Indian Ocean.

Australia-led efforts in the region yesterday discovered two pieces of debris thought to be wreckage from the Boeing 777 that disappeared on March 8 during a flight from Kuala Lumpur to Beijing carrying 227 passengers, including six Australians, and 12 crew members.

Malaysian Prime Minister Najib Razak confirmed the latest development in a press conference held at 1am AEST, with the news greeted by emotional scenes from the grief-stricken family and friends of those on board.

“This evening I was briefed by representatives from the UK Air Accidents Investigation Branch (AAIB). They informed me that Inmarsat, the UK company that provided the satellite data which indicated the northern and southern corridors, has been performing further calculations on the data. Using a type of analysis never before used in an investigation of this sort, they have been able to shed more light on MH370’s flight path.

“Based on their new analysis, Inmarsat and the AAIB have concluded that MH370 flew along the southern corridor, and that its last position was in the middle of the Indian Ocean, west of Perth.

"This is a remote location, far from any possible landing sites. It is therefore with deep sadness and regret that I must inform you that, according to this new data, flight MH370 ended in the southern Indian Ocean."

Meanwhile, the airline has come under fire for informing a number of family members of the development by SMS, however MAS insisted it had contacted the majority in person and by telephone in advance of Prime Minister Razak’s announcement.

“SMSs were used only as an additional means of communicating with the families,” the statement said. “Those families have been at the heart of every action the company has taken since the flight disappeared on 8th March and they will continue to be so.”

It added that it will bring the families to the recovery area once it receives approval from the investigating authorities.

However, the announcement over the fate of the flight still does not shed any light on how the flight came to be over the southern Indian Ocean.

According to Malaysian authorities, the evidence suggest the aircraft’s communication systems were disabled and that it was deliberately turned back across Malaysia to the Strait of Malacca. However, they have not as yet offered an explanation for what happened after that. 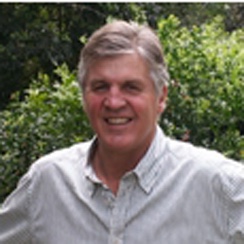