Helloworld franchisees have adopted and understood the benefits behind a strong online presence according to ceo, Elizabeth Gaines.

Speaking to Travel Today at Helloworld's first Frontliners Conference in Adelaide on the weekend, Gaines said the group was "sensitive and aware" of the potential concern from agency partners before embarking on the extensive online strategy behind helloworld.com.au and its mobile App, but agents "quickly adopted" and understood the benefits of a multichannel approach.

"I think we've deliberately from the outset we've been sensitive and aware of some of the challenges around this, but our goal has always been a multi channel approach," Gaines said.

"We've invested significantly to make sure there is an agent locator tool that we added to the online offering and that there's also product online that you can only book in-store – which is very unusual for an OTA."

"It's well documented that most research is now done online. Even the search to find a travel agent now isn't using a phonebook, it's going online and we're seeing a great uptake on it through our online offering not to necessarily book product, but to find an agent. It's a research tool as well as a business for us."

"I think the benefit we have is that we not only have online – we have the stores' presence and combining the two is very powerful."

"Agents are starting to understand that this can compliment their business," Gaines said.

Head of Branded Network, Julie Primmer told Travel Today the feedback of helloworld.com.au from franchisees had been largely positive.

"At the start when everyone was possibly been nervous about it, they've now seen that it's not taking away from their business and that it's actually complementing their business."

"We're not frightened to talk about online and and to make it very much part of our business," Primmer said.

The Agent Locator tool, according to Head of Associate Networks, David Padman, has been statistically a top ranking section on the website.

"We thought that online would be a challenge but the agents have quickly adopted and understood that we need to have that presence," he said.

"We have done a lot of work to explain it to them, but that the stats are adding up and most of the sales are being made through the agent locator.

"It's not something they raise with us anymore. It's sending the customer back to them as well."

"You can argue that a lot of OTA's would kill to have a bricks and mortar distribution business business and we're working the other way round. It's a unique place to be in the market .

According to Gaines, the "noise" following the shut down then re-routing of bestflights.com.au to helloworld.com.au since February has simmered down, with the group using the Best Flights strong customer database to their advantage via marketing emails.

"We're marketing across more channels than we've ever done so before. It's not just the Sunday papers, we're across a much wider range," Gaines said. 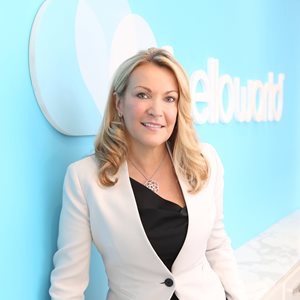 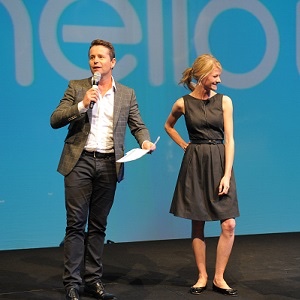