Bringing stability to the business and re-building confidence among senior managers – and travel agents – will be among the major tasks facing Elizabeth Gaines as she takes the reins of Helloworld from Rob Gurney.

Whatever the reasons behind Gurney’s hasty exit – chairman Tom Dery, predictably, said it was coincidental that Gurney’s departure came after a probe into management style – he leaves behind an organisation midway through a transformation and with a leadership team low on morale.

Gaines’ first job will be to reinvigorate staff and reassure the wider industry that Helloworld is a united organisation.

But the jury is out over whether she is the right person for the job.

“Competitors will look to exploit the instability at Helloworld,” one observer warned. “They will absolutely look to take advantage so Elizabeth Gaines must return some semblance of stability to the business and demonstrate that Helloworld is a company with a strong, united purpose. She must also lift staff morale and engage with agents, who, after all, are the lifeblood of the organisation.

"Whether she can do that remains to be seen."

Gaines has been involved with the company since 2008 when she was chief financial officer with Stella. During the past six years she has watched at least four chief executives come and go, but despite the seniority of her position, Gaines has remained relatively low profile.

Gaines’ immediate appointment raises questions over why she was overlooked 18 months ago when the board hired the ex-Qantas executive to lead the company’s overhaul.

Whatever the reasons, she now has the opportunity to stamp her own mark on the business and bring her own style of management to the on-going transformation.

That style is likely to be far more personable than her predecessor. But initial views of her appointment appear to be mixed. For starters, she did not come out of Helloworld’s “cultural health check” completely unscathed, with suggestions that, as chief financial officer and chief operating officer, she should take some of the blame for the “management style” that was under so much scrutiny.

"There were clearly issues but she just stood back and let it happen," one source said.

“Elizabeth Gaines has no idea, no agent/industry understanding,” a post on the Travel Weekly website read. “We are amazed that a pumped up CFO can get the gig. Why does this business need [an] accountant to run the business. It’s only going to get worse.”

The post ends with a question: “When is the board going to resign?”

But that prompted a robust defence of Gaines, who, apparantly, has “plenty of ideas”, is an “incredible person” and a "highly intelligent, strong and personable leader".

Another senior industry figure supported the assertion that Gaines will be an approachable and amiable chief executive.

“But more than that, she will be a leader,” he told Travel Today. “And she is much more than an accountant. Elizabeth Gaines is fully across industry issues and will bring a fresh approach to the business. Sometimes it helps when you don’t have a travel career going back 30 years.”

Furthermore, Gaines has been a non-executive director at Fortescue  Metals Group. “And they don’t take on lightweights,” another industry observer said.

In addition, Gaines does have chief executive experience having led Heytesbury, a private company with interests in property, construction and agribusinesses, for eight years between 1997 and 2005.

Clearly another critical role for Gaines will be convincing still-wavering agents to join the Helloworld bandwagon.

It is only fair to point out that Gurney did have supporters among the agent community, with one telling Travel Today he was always impressed with his flexibility and generosity.

But Gurney's combative approach may have driven away some retailers, and the damage may well have been done in that respect. But Gaines has the opportunity to build bridges with those still undecided.

The jury is out on Gaines. The next few months will tell us much. 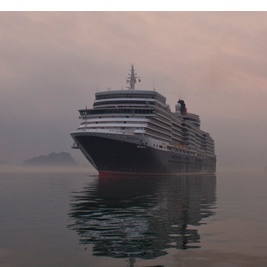 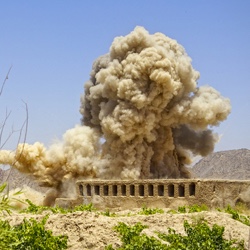 13 destinations you'd be better off avoiding