The second smallest of all the continents by surface area, and yet home to 27 fascinating countries, Europe has a range of experiences for everyone, from the lingering backpacker to the speedy jetsetter.

Here are five European hot spots that will have you head over heels with the old continent.

Built like a labyrinth of historic and winding streets by the sea, Europe’s second oldest capital is probably one of the most important and charming cultural centres to visit.

Being recognised by many as one of the world’s greatest natural harbours, this city gets deeply under your skin in just a matter of minutes.

The most impressive thing about Lisbon are its historical landmarks, starting with S√£o Roque Church, the world's most expensive chapel.

Although it has a pretty plain facade, S√£o Roque’s interior is made entirely of gold. This object is truly one of a kind, and its beauty and majesty will most certainly leave you speechless.

Another one for the list is the Jeronimos monastery, the resting place of explorer Vasco De Gama in Belem Tower, and Berardo Museum, a place known for its impressive modern arts collections that include works of Andy Warhol, Pablo Picasso, and Salvador Dali.

Apart from being filled with architecture, sculptures and paintings of famous artists like Michelangelo, Bernini, Cravaggio and Raphael, Rome stands as a monument in stone that carries the spirit of one of the oldest and most vibrant civilisations in the world.

The list of what to see in this ancient city is endless.

Next to the Colosseum,Galleria Borghese, Panthenon, and other ultra famous tourist spots, the thing that really impressed me most was a place known as Le Domus Romane di Palazzo Valentini.

This marvelous reconstruction of the villa of a certain powerful man, possibly a senator, is a thing I tend to see every time I visit this great city.

Filled with precious mosaics, marbles, statues, garden, niches and baths, Le Domus Romane di Palazzo Valentini will give you a peek into the masters of everyday life.

Don't forget to save some time to visit Abbazia di San Paolo Fuori Le, a must-see basilica when visiting Rome.

Barcelona is a big city. It has a population of 1.6 million people within its administrative city limits. Knowing this, one of the key factors when visiting this majestic city is to think about location.

If you want to see La Pedrera, Gran Teatre del Liceu and Museu Picasso, the biggest tourist attractions Barcelona has to offer all in one day, you should really try to find a hotel somewhere nearby.

Without a doubt, one of Barcelona's top attractions for tourists is admiring the city's modern and exciting architecture.

Wandering the streets of the city, you'll come across various examples of Gaud√≠'s work in the form of numerous civil and religious buildings.

The most famous is the Sagrada Fam√≠lia. This structure is as impressive inside as it is on the outside.

Apart from amazing and lively architecture, the things that really sells Barcelona is the spectacular weather, beaches, cultural life and cuisine. You’d be hard pressed to find a Catalan dish you won’t immediately fall in love with.

The City of Light, City of Love, Capital of Fashion – these are just some of the names that people use when describing this famous city.

Living at the top of most tourist wish-lists, the capital of France is a city whose spirit has touched a lot of souls.

Next to The Arc de Triomphe, Louvre Museum and Centre Pompidou, one of the biggest historic landmarks of this city is certainly Notre Dame.

With its overwhelming Gothic exterior design, and an equally enchanting interior, this famous cathedral plays an important part in French culture.

Just like Barcelona, the thing that really gets tourists is the city’s superb cuisine.

Sampling the many delicious cheeses, breads, patisseries and pates, and indulging in the many great French wines, it’s easy to see why so many people stay in France, or at least rave about it when they return.

Yes, we're back in Italy, because Isola di San Giorgio Maggiore and Santa Maria della Salute are locations that shouldn't be missed. But, amidst all the awe-inspiring attractions, don’t forget to spare an afternoon to surrender yourself to the streets and walk aimlessly through the alleyways.

A unique thing about Venice is that you can see three major tourist sites in one square. Standing in the middle of piazza San Marco, you’ll be able to see St Mark’s basilica, Doge’s Palace and Torre dell’Orologio.

Visit the Campanile, and get a bird’s eye view of the city, and then, like any respectful Venetian, hit the bars at the north-western foot of the Rialto Bridge for a nice "aperitivo".

Venice has its own taste that will make you think about seeing more and more of this amazing continent as soon as humanly possible. 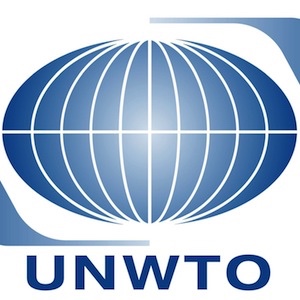 As you’ll discover here, the unprecedented uncertainty in the aviation industry has led to ACCC tsar Rod Sims tightening his grip on the competition watchdog’s microscope.

We’re not sure what Princess Cruises did to anger the gods of the seas to this extent, but we hope the cruise line breaks the curse soon.

WRD is encouraging travellers to dream big when it comes to planning their first post-coronavirus overseas trip.