Cunard has axed ‘semi-formal' and ‘elegant casual' dress codes in a move that will irritate traditionalists but may appeal to luxury travellers who regard the cruise line as too stuffy.

Voyages will continue to feature formal nights – where tuxedos or dark suits for men and cocktail dresses and evening gowns for women must be worn – but the two other codes will be replaced by informal dress nights.

While still compulsory for men to wear jackets, ties on the new informal nights will be optional.

The shake-up will take affect before its three Queens – QM2, Elizabeth and Victoria – embark on their main sailings in April and May.

Cunard admitted that research found some luxury travellers were deterred from cruising with Cunard because of its traditional image.

"We did research which showed there is tremendous loyalty to Cunard but it also told us that some people who want luxury travel wouldn't cruise with us because they look at Cunard as being too formal and too old fashioned," Cunard president and managing director Peter Shanks said on a visit to Australia earlier this month.

In a statement yesterday, Shanks stressed that while Cunard was dropping semi-formal and elegant casual nights, it would not compromise on its two or three "007-style" formal nights each week.

"In a world where everything seems to tend towards the casual, Cunard is proud to give passengers the opportunity to put on their best bib and tucker and really shine," he said. "Formal nights are a chance for ladies to sparkle in cocktail dresses or full-on evening gowns, while for the gentlemen, dinner jackets or tuxedos or dark suits always bring a touch of sharp, 007-type style to the occasion." 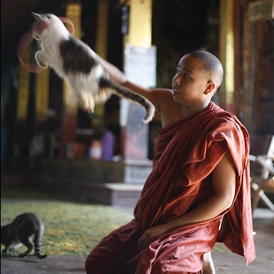 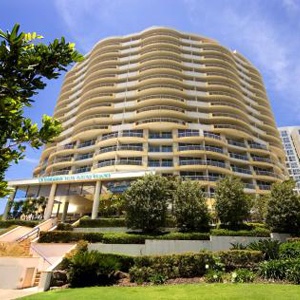 The cruise giant has given itself a new lick of paint for the first time in 20 years.