The 2nd World Summit of Presidents of Travel Agents Associations, which was held over three days from November 6-8 in Zagreb, Croatia, has been lauded a great success.

The "regime" by governments in relation to tourist visas removes a "basic freedom" according to Chair of the WTAAA (World Travel Agent Association Alliance) Jayson Westbury at a recent summit.

“The issue of tourist visas and the regime of how different governments approach the issuing and application of them, remove a basic freedom that travellers should be able to enjoy in this ever more technologically developed world that we live in today. The freedom of travel is critical to ensure that global citizens can move freely and safely across the globe,” Westbury said.

“This 2nd World Summit allowed all those who attended from across the globe to build relationships with liked minded industry professionals and join a conversation that will allow travel agent associations to work more collaboratively in the years ahead.  This summit allowed all participants to focus on a more cohesive message for governments and regulators in all jurisdictions.”

The Croatia Association of Travel Agents acted as host, with keynote speakers including general secretary of the UNWTO Taleb Rifai, who spoke about the Freedom of Travel and the need for serious changes to the global tourist visa regime, and director at the European Commission in charge of Tourism Pedro Ortun.

The summit discussed many important topics that impact upon both the travel industry globally, as well as travel agents across the globe.

Matters for the future of travel, technology developments, the supplier relationship, global visas were also amongst the range of subject matters discussed.

President of the ECTAA (Europe) Lars Thykier said the global summit provided an opportunity to understand some of the issues impacting colleagues from all over the world.

“It was an excellent opportunity to gain a greater understanding of matters of common interest,” Thykier said.

“There are a number of issues that are common to all of us, so we need to unite our messages as much as possible in the future in order to have the necessary strength in our discussions with both authorities and industry suppliers. The recurrent Summit is a way for us to ensure support for what will become the travel agent position.”

President of the Croatian Association, Boris Zgomba said that Croatia was proud to host the event that brought so much prestige to Zagreb.

“Travel agents have an important future in the distribution of travel products to the travelling public and this summit allowed the industry association professionals from all over the world to exchange ideas and discuss matters of common interest,” Zgomba said.

The 2nd World Summit of Presidents of Travel Agents Associations brought together some 120 delegates from 38 nations and allow for a robust global perspective to be consider during the various business sessions.

The next world summit, the 3rd World Summit of Presidents of Travel Agents Associations will be held over November 4-6 2015 in Bilbao – Basque Country – Spain. 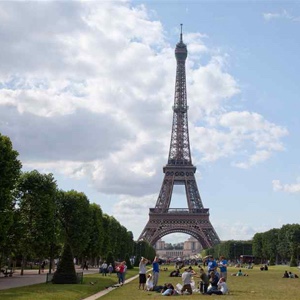 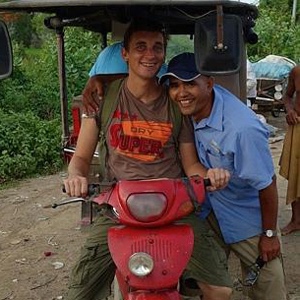 The luxe rail icon is kicking off the new year with a warm welcome to industry legend David McKenna.