We had the good, the bad and downright ugly and one or two which sat in between. It was, once again, a mixed bag of financial results for the ASX-listed travel companies.

And if you missed the number crunching of the past two weeks, here is a mini round-up of who did what in the fiscal year.

Let’s start with bricks and mortar retail and the star performer in the travel sector, Flight Centre.

It’s was a familiar story. The healthy profit guidance issued at the beginning of 2012/13 was upgraded three times as the year progressed. Even its July upgrade was bettered as pre-tax profits climbed more than 20% to a not-too-shabby $350 million.

If there were disappointments, it was the Australian corporate travel business which fell below initial expectations. But leisure continued to flourish.

Such a profit increase though creates a level of expectation and achieving the same rate of growth will, naturally, become harder to achieve. Yet Flight Centre is targeting PBT this year of between 8% and 12% which would put profits in the range of $370m-$385m.

Among the major challenges for Flight Centre this year will be to implement phase three of its online/offline blended model concept and create systems which, as the retailer has repeatedly touted, will allow consumers to “switch seamlessly between sales channels and devices at any stage”. That is not an easy, or cheap, undertaking.

Some feel the weakening of the dollar could also dampen demand for international travel, which could impact performance. But it’s not a view shared by Flight Centre which has long argued that currency fluctuations are largely irrelevant to where consumer's travel. It might affect how much they spend in destination, but not the choice of destination itself.

The potential for weaker demand could also impact Jetset Travelworld which reported an improved set of figures. Profit after tax climbed 203% to $16.5m following a year of cost cutting and “efficiency measures”.

The result netted chief executive Rob Gurney a $623,000 bonus, a sizeable sum which, unsurprisingly, raised the heckles of some Travel Today readers. Travel retailing is a tough business, many are operating on tiny margins so you can hardly blame agents for reacting with something approaching disdain to directors receiving such lavish handouts.

It was also a year in which the retailer spent almost $11m on its “business transformation plan”. But it’s one thing deciding what to do – consolidating the retail brands was an inevitable outcome of the Boston Consulting review – and quite another making it work.

JTG said implementation is “progressing well”. It was never going to say anything different, of course, and the next few months will tell us how successful the rebrand to Helloworld has been.

In the online world, Webjet’s top line result was alarming. Profits halved to $6.5m, down from $13.6m the previous year. But the reduction was a result of its growth ambitions, the company said, following its acquisition of Zuji for $5.4m and the $2.3m start-up costs associated with Lots of Hotels. Webjet now needs to ensure these assets contribute to bottom line in 13/14.

With Zuji now trading profitably – it lost $1.6m in 12/13 – and Lots of Hotels expected to be in the black in this current quarter, profits this year should be significantly higher. Webjet said it will provide guidance in November while a re-launch is on the cards for Zuji which, despite having a local presence for years, has never made much of a mark in Australia.

Profits fell 12% to $51m. While its Australia business was solid enough – without being spectacular – revenue from Asia and the Rest of World tumbled $3.3m and room nights fell 22%.

Among the strategies in place to revitalise Wotif's performance in the region is the creation of packaging, a move also being adopted by Webjet.

Both companies signaled their intention to take on traditional retailers in the packaging game, a product stronghold for bricks and mortar agents, and that will be of the interesting battles to look out for over the coming 12 months, and beyond.

Historically, Webjet has been strong in flights and weak in hotels. Wotif, on the other hand, has had the opposite problem. But both have now seemingly addressed those weaknesses through the creation of Webjet’s aforementioned Lots of Hotels business and Wotif through its flight booking engine which generated TTV growth of 17.5% in the financial year.

For airlines, it was also a mixed bag. Qantas inched into the black as pre-tax profits hit $6m, up from the $244m loss the previous year.

The turnaround was helped by a halving of losses at Qantas International which, according to chief executive Alan Joyce, is on track to return to profit by FY15 – the same year the full commercial benefits of the Emirates alliance are likely to emerge.

But excess capacity put a dent in domestic profits with underlying earnings slipping 21% to $365m. Such local competition also impacted Jetstar with earnings falling 32% to $138m.

Joyce admitted the capacity hikes took their toll which, while great for consumers in the form of cheap airfares, was not so good for the bottom line.

However, a more subdued period of growth is now likely on the domestic front, which will come as a relief not only to Joyce but to Virgin Australia chief executive John Borghetti who admitted his airline’s $98m loss was “disappointing”.

However, to put some perspective around that, Virgin’s year did feature acquiring a 60% stake in Tiger – which will provide Virgin with a low cost offering – buying Skywest and the move to the SabreSonic booking system, a major transition that will see it have greater penetration in global markets.

Not too many companies can lose $95m and, in the same breath, say it is “stronger than ever”. But that might just be the case with Virgin Australia. As with a few travel firms, 13/14 will be a pivotal year for the carrier. 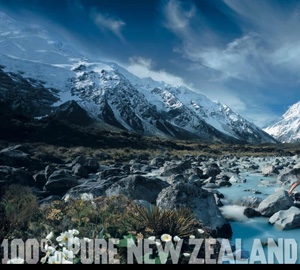 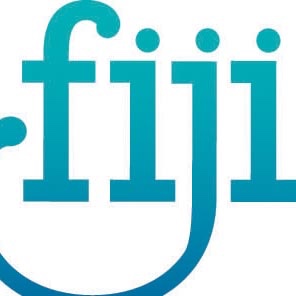 Virgin Australia’s administration process is starting to resemble Bathurst’s famous Mount Panorama racetrack, given the number of twists and turns.