Travel search site Wego and data and travel review partners TrustYou have released the 15 top rated swimming pools in the Asia Pacific, with Cambodia blowing its contenders clear out of the water.

Using thousands of Asia Pacific hotel reviews, the two companies revealed that The Plantation in Phnom Penh rated number one, with a score of 95.6 out of 100.

The following three spots were taken out by three properties in Siem Reap, and the Golden Temple Hotel at number 11.

Vinh Hung Emerald Resort in Vietnam came in at number five with a score of 94, while Singapore’s Shangri-La Hotel and Park Hotel Clarke Quay took their place at number six and seven.

Wego’s chief marketing officer Joachim Holte said the results of the research came as a surprise.

“The top four rated pools in APAC are all located in Cambodia, which wasn’t quite what we were expecting,” Holte said.

The Plantation in Phnom Penh dates back to the 1930s, and is thought to be originally built by the French as an administration centre.

The hotel boasts a 20-metre aqua green slate pool, as well as a winning Red Pool Bar adjoined to a terrace and art gallery.

Other swimming pools to make the cut included Hotel ICON in Hong Kong, The Senses Resort in Phuket and Chatrium Hotel Riverside in Bangkok.

“These properties are in such varied locations and differ quite a bit in style, but all have succeeded in leaving a lasting impression on their guests,” Holte said.

“It shows that an exotic, atmospheric swimming pool in a great location has a huge impact on hotel guests.”

The rankings were based on pool scores from TrustYou’s Meta Reviews, which compile all verified travel reviews written worldwide.

“The hotels that made the list stood out so much to travellers that they wanted to tell their friends, family and other travellers about the outstanding pool atmosphere and experience,” TrustYou’s co-founder and CEO Benjamin Jost said.

The Plantation in Phnom Penh 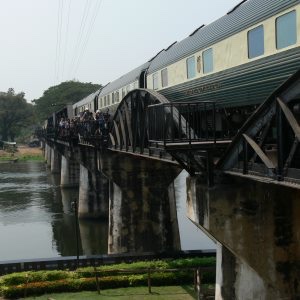 On the right track from Thailand to Laos 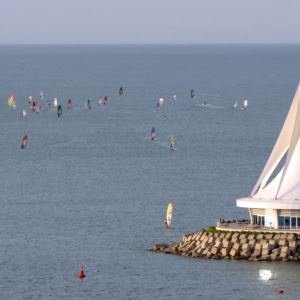 There are even some Aussie spots named that you can add to your clients’ domestic itineraries while they wait for international travel to return.

Vietnam suspends domestic flights in and out of popular city after attempting to repatriate 80,000 tourists

Shifting 80,000 tourists out of a single destination during a COVID-19 outbreak sounds like a mammoth task, so it’s no surprise that Vietnam’s applied the brakes.

Like Cadbury’s Top Deck chocolate, this week’s Destination Wrap comes in two delicious layers, with domestic on the top and international on the bottom.