With advisories in place on travel to areas of popular Borneo destination Sabah, Tourism Malaysia has turned its attention to the promotion of its neighbour state Sarawak as a safe alternative for travellers.

A recent spate of piracy and kidnappings in the Malaysian state of Sabah in Borneo saw Australia’s Department of Foreign Affairs and Trade issue its latest warning in May.

“Information indicates there is a continuing threat of attacks by armed insurgents in or around eastern Sabah,” it says on its website.

“We advise you to reconsider your need to travel to the coastal region of eastern Sabah due to the ongoing threat of kidnapping by militant and criminal groups based in the southern Philippines and violence linked to insurgency and terrorists. The kidnapping threat in eastern Sabah includes dive sites and associated tourist facilities.”

“Those that have already made bookings are still coming. The problem is only on the east coast of Sabah, not really the west coast,” he insisted.

The tourism body is continuing to promote travel to the state, which is home to Orangutans and some world-class diving spots.

“The situation is improving,” Noordin said. “We sincerely hope the advisories will be removed soon.”

However, Tourism Malaysia is explaining to those unwilling to take the risk that they can come to Sarawak instead.

“If they want to do diving, they can still go to Miri,” Noordin said.

The area of northern Sarawak has long been known for its national parks and spectacular caves, but the recent discovery of its pristine coral reefs has also made it an increasingly popular diving destination.

The area also offers many wildlife activities, the chance for an encounter with its local Orangutans or proboscis monkeys, in addition to the possibility to interact with its 27 tribal groups.

However, he highlighted air access as a key challenge with Aussie visitors having to connect via either Kuala Lumpur or Singapore. The recent strength of the Australian dollar had also seen the destination lose out to longer haul destinations such as the US.

As a result, Australian numbers actually declined by 4% in 2013 compared with the previous year as overall visitation climbed 7.44%. 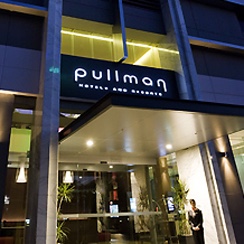 News in Brief: Friday May 30