Australia to put focus on food and wine

Tourism Australia has set itself a “great marketing challenge” as it looks to shift perceptions and promote the country as a mecca for quality food and wine.

The tourism agency today said it would begin to showcase the country’s culinary excellence as part of its There’s Nothing Like Australia global campaign.

But it must do so against a backdrop of poor consumer awareness, with three out of four people who have yet to visit our shores failing to associate Australia with food and wine.

On the positive side, Australia rockets up the rankings among those who have travelled Down Under and sampled the wares, Tourism Australia said, with 60% of visitors rating it as a quality experience.

“For those who have visited, Australia is ranked second for its food and wine experiences after culinary giant France and ahead of Italy,” TA managing director Andrew McEvoy said. “We are ranked as the number one destination for food and wine for people who have visited from China, US, France, India, Indonesia, Malaysia, the UK and South Korea.

“Clearly we need to narrow the perception gap between those who have visited Australia and those who have not. This is a great marketing and communication challenge.”

The marketing push, unveiled in Adelaide today at the inaugural Savour Australia global wine forum, comes amid research which revealed food and wine is becoming increasingly important as people weigh up their holiday plans.

Almost 40% say it a major consideration, even edging ahead of the natural environment.

The research, conducted in 15 of TA’s key markets, has prompted the tourism agency to place a significant emphasis on food and wine in the next phase of its global campaign.

Using the concept of ‘Restaurant Australia’, marketers will attempt to drive home the message that Australia has food and wine to rival any country in the world.

“We will be looking to ignite the tastebuds of travellers worldwide with a marketing push that captures the fresh thinking, open air and the flavours that define our food and wine offering and can set Australia apart from the rest of the world as a tourist destination,” McEvoy said.

TA will collaborate with Wine Australia, organisers of Savour Australia, to market the experiences to international tourists.

It will ensure the product “becomes more relevant” as people make decisions on travel “to and within Australia”, he added.

In a survey of its upmarket readers, 62% select a destination based purely on its food and drink, she said.

But Australia's food and wine is virtually unknown, with only four out of the 1200 respondents naming Australia as the world's best for dining and drinking.

"Our readers equate a country with its food, so what is Australia's food?" she said. "People in the US have no idea. There is a lack of understanding."

Chef Neil Perry said in a video presentation that too many people still perceive Australia's cuisine as "throwing a shrimp on the barbie". 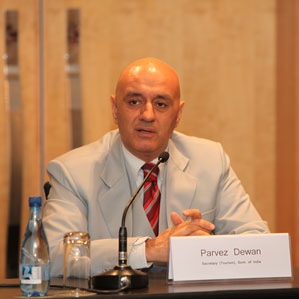