Territory Discoveries is to be operated by the AOT Group under a new three-year licence agreement with Tourism NT, effective December 1.

Under the deal, AOT will continue to operate a call centre within Tourism NT’s premises in Alice Springs, providing operational, product and marketing services to the business.

“We are really delighted to have successfully won the tender to operate the Territory Discoveries business on behalf of Tourism NT and the Northern Territory’s many wonderful and diverse tourism operators,” AOT chief executive Andrew Burnes said.

“The Northern Territory is one of Australia’s most exciting destinations, a really must see and must do experience for all Australians and we look forward to working with Tourism NT and all of our mutual supplier partners in the Territory to continue to grow and develop the Territory Discoveries business in the years ahead.”

“Tourism NT has been operating its own wholesale division for many years now, however, with the diverse range of distribution options available to suppliers and the economies of scale in this type of business the government believes that getting a commercial operator to run the business on our behalf under licence is the best possible outcome for tourism in the Northern Territory,” he said.

He highlighted AOT’s technical systems and distribution expertise as significant advantages for Territory Discoveries in the years ahead.

The existing Territory Discoveries programs will continue to be produced as normal, with the transition expected to be seamless from the perspective of agents and consumers.

The deal will also see Territory Discoveries cease its use of the Calypso reservations system and move across to AOT’s i-Res system from April 2014. 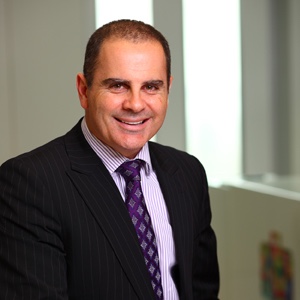 Already off to a flying start this week? Well, allow these aviation deals and updates to help you soar even higher.

Arrived back at work today feeling a little flat? Let this latest round of wholesaler deals put a pep back in your step.

The only destination Travel Weekly’s editor wants to be right now is in his bed, after spending most of the long weekend on the sauce.