Beige walls, white sheets, cream carpet: all the territory of your typical apartment hotel. But something has been stirring over the last few years.

From bright colours to designer furniture, apartment hotels are starting to compete in the cutting-edge realm hotels typically occupy.

The first question is to ask just why apartment hotels have a reputation of being underwhelming. It seems to boil down to the clientele – mainly business, family and long-term stay.

These groups need a space they can personalise and that is motivated by comfort and ergonomics. “We have no intention for it to look like a hotel,” Ascott Limited vice president head of interior design Kian Liew said.

Despite this, the group has recently opened the Citadines Suites Louvre that is an aesthetic match for classic and opulent Parisian hotels.

And then there’s Citadines St Georges Terrace Perth which uses a neon yellow palette for a futuristic flourish.

It seems the difference between designer hotels and this new up-and-coming breed of apartment hotels lies in the small details that make it more residential than recreational.

For instance, hotel rooms will have upright chairs while apartments allow for further recline so their clients can relax for longer periods. Lighting is another consideration, with apartments hiring consultants to consider the relaxation factor of the room.

“Serviced apartments are an opportunity for people who decide on a longer stay to personalise their own space. We have a canvas that you can build on, but even if you decide not to add anything it doesn’t feel basic,” Liew said.

The Ascott Group reports a move away from the cookie cutter approach to apartment hotels. While the one size fits all mentality brings a property to market faster, it’s better to take time.

“From property to property we do have a flavour or accent design element that is synonymous to the city or location,” Liew said.

But there’s a distinction that the accommodation group makes to avoid anything too excessive.

“If it’s too cutting edge I would appreciate it for two to three days, but for three to six months it can be too in your face. Design is not just aesthetic – it is what makes a home – so we have to work out how we create the space to use as a home,” Liew said.

At the Citadines Suites Louvre and Citadines Perth there is a graphic wall behind the bed and on the cushions that is based on the city’s skyline.

“The idea is as soon as you walk in, whether it’s Paris or Perth, there’s something about it that’s not the same but gives you a sense that you’re in a Citadines property,” Liew said.

The latest apartment hotel on the Sydney scene has also taken cues from its location – the fun-loving and show-stopping Adina Bondi Beach. Ann Ronay spearheaded the interior design with the intention of translating the Bondi promenade to the rooms and common areas of the Adina Apartment Hotel.

“It was about creating a hotel that gave the guest an opportunity to get into the Bondi way of life, a place to kick back and relax whether they’re here for work or for the weekend,” Ronay said.

She describes the design as understated, elegant, luxurious and relaxed with a contemporary Australian feel. “I love working with colours and textures that are tactile and organic and establish a sense of authenticity and richness,” Ronay said.

The overall impression is modular 1960s beach house chic, with colour injections from patterned cushions and wall images by local specialist beach and underwater photographers Frothers. Retro styles and art deco architecture from the neighbourhood were referenced for inspiration.

The trendiness however does not start and stop at the hotel reception. It is part of a retail development that includes Gelato Messina, a cult product for Sydney sweet tooths.

Punthill Brisbane has taken its cues from Melbourne’s creative scene. The wallpaper is derived from the quirky cartoon bird art of Saul Steinberg, famed for The New Yorker design.

Punthill owner Robin Caras was heavily involved in the design of the property.

“I am constantly looking for inspiration, from New York city streets to art galleries in London, a piece of myself and my travels is in this property,” Caras said.

The balconies feature coloured bird cages made by disadvantaged South Africans while the lobby has a bright orange palette, vintage furniture and chalkboard walls.

“Our guests often comment that the property is 'so Melbourne’ and I couldn’t agree more, we want our guests to be wowed and to give them the most unique experience possible,” Caras said.

The Sebel Docklands is also inspired by Melbourne, designed to go beyond the beige apartment line. “We wanted to offer more than other new build apartments on the market, to create something luxurious,” McBride Charles Ryan architect Debbie Ryan said.

The brief was to integrate public and private space with curvilinear forms in the waterfront quarter. “Unusual form always captures people’s imagination – we used a complex interlocking plan, it is more like a jigsaw puzzle that fits neatly together,” Ryan said.

Art takes centre-stage with an atrium installation by artist Nike Savvas. Glass spheres hang from the atrium roof and the marine colour theme takes its cues from pearl and coral.

“The result is colourful, lively and activated, providing delight to the pedestrian realm,” Ryan said.

There are 136 apartments in the new-build, from studios to one and two bedroom apartments. Sandy Reay wanted to create the vibrancy of Melbourne with the feel of an inner city New York apartment in the interior design. The design avoids hard and sharp edges and fixates on wavy curved flourishes instead.

Apartment hotels are increasingly surpassing expectations, and results such as the Oaks on William apartment hotel in Melbourne pulling rank in the top ten of TripAdvisor’s best Australian hotels are proof.

Oaks is also developing Oaks Pinnacle in Melbourne which has quirky design elements tailored to the arts city.

Now that design is taking centre-stage, it seems the industry’s daggy image will be long-forgotten as the more modern properties retain their traditional markets and grab for the new. 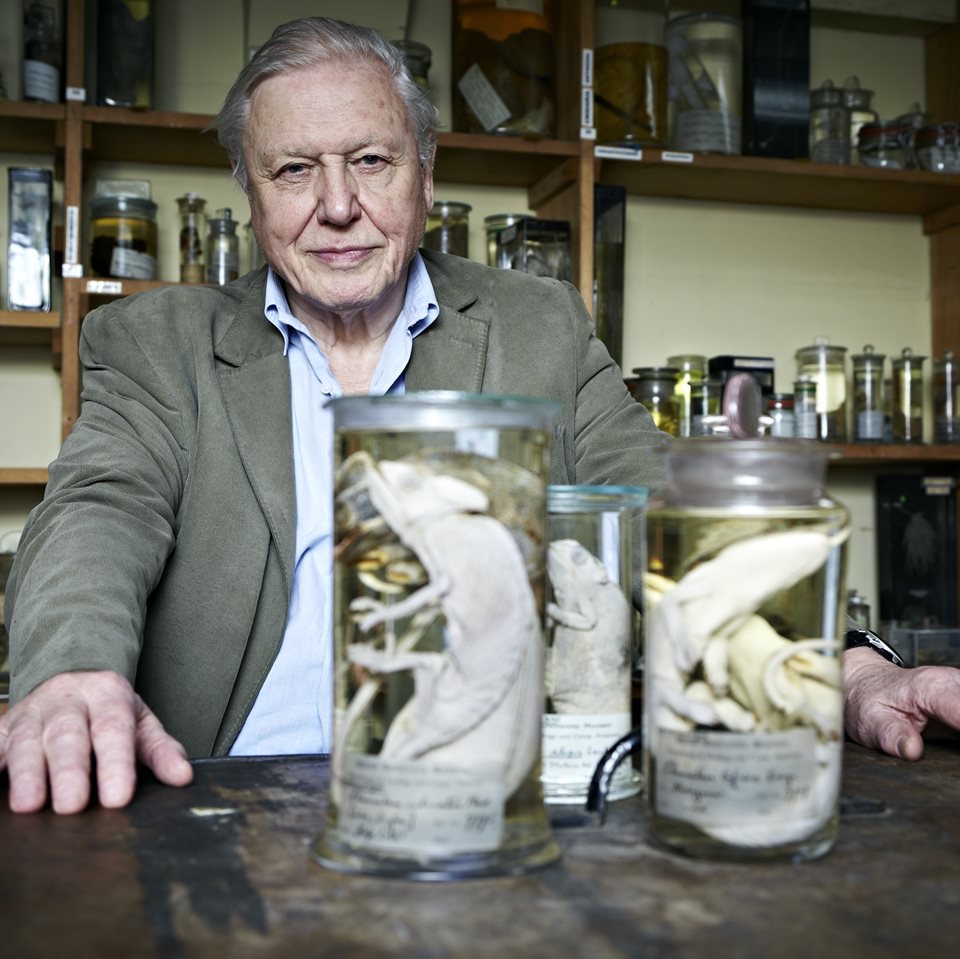 An interview with David Attenborough

The iconic designer fashion house will soon be coming to a hotel near you, so your clients can get a little bit fancy on their next jaunt.

Is this the most stylish flightie uniform?

We thought we looked quite fashionable today in our new tie-dye skirt and matching top. Until we saw these photos that is.